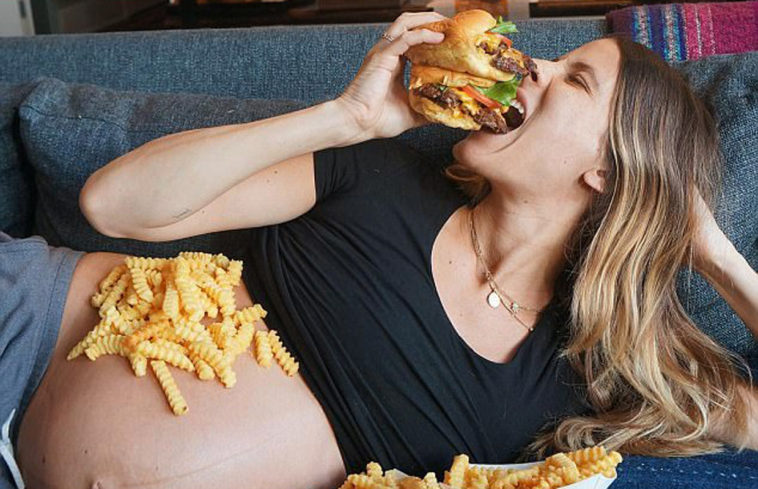 During pregnancy, women often experience a drastic amount of mood swings accompanied by a dramatic amount of food cravings, a.k.a food swings as well. Some days it’s a sugar rush, the other day’s pickles, or spicy cuisine, or double cheese pizza with a cheese burst, the list is NEVER ENDING and most importantly, unpredictable!

Let us have a closer look and decode the secret message that these cravings carry!

What is food craving during pregnancy?

Food cravings are the sudden urge to eat a particular type of food, and yes, it is a scientific phenomenon and affects the to-be-mothers. No one really knows why food cravings develop. It seems logical that cravings might be due to something lacking in the diet, or an increased need for certain vitamins and minerals. However, there is no evidence of a link between cravings and nutrient deficiency. In addition to food cravings, many pregnant women also develop a sudden dislike or aversion for certain strong-tasting foods. Food cravings and sudden food aversions may have something to with the effects of pregnancy hormones, which can change the way some foods taste and smell.

When does it start?

For most women, cravings start in the first trimester, peak during the second trimester, and then start to decline in the third.

Food aversions are the opposite of food cravings. They can create some equally unusual feelings. Food cravings and food aversions during pregnancy usually start around the same time.

What are the most common food craving and what do they indicate?

Pregnant women love to chew on ice. It seems strange since it’s not really a food and doesn’t seem in any way satisfying to those of us not with child, but for some reason pregnant women just can’t get enough. Those with anemia are more likely to be seen chewing on ice since it can relieve inflammation of the mouth and tongue.

Chocolate — or any sweet, for that matter — is something pregnant women can’t get enough of. Women likely crave chocolate because it’s considered “forbidden” — the more off-limits a food is, the more we’ll want it.

Women who crave pickles could be low in sodium, but there’s no real proof of this. Some like the crunch, some like the vinegar, and some like the refreshing taste. Whatever it is, pickle cravings are nothing to be too concerned about. They’re low in calories, easy to get and inexpensive.

Potato chips, like pickles, are loaded with salt. Again, you could be low in sodium, but more than likely you’re just desiring something salty and crunchy, and potato chips are what comes to mind. Though, if your body is truly craving salt, stick to pickles.

Pregnant women don’t crave just junk food (surprisingly!) — they crave fruit as well. Craving fruit might indicate low blood sugar. Fruits, such as watermelons and grapes, are cool and refreshing, all while providing your body and baby with a boost of vitamin C.

It’s not unheard of to see a pregnant woman eating a straight lemon or adding a ton of it to their water. Pregnant women crave sour foods. The reason? Your taste buds change, and typically, you like to “shock” them with super-sour or super-spicy foods.

Cravings for ice cream or other dairy products are a sign of low levels of calcium. Plus, ice cream is sweet, it cools you off, and it’s rich and creamy. With so many flavors to choose from, a pregnant woman could literally spend hours in the ice cream aisle. For a healthier version, buy low-fat vanilla frozen yogurt and top it with fresh fruit. You might kill two cravings in one sitting.

Those who like spicy food, even to the point at which their eyes start tearing, are most likely looking for intensity and action in their lives. They love to be on the go — going to movies, traveling to distant countries, exploring new restaurants. When they haven’t made the time to do these things, spicy food becomes the option to “get them going”.

For those with any “mother” issues in your life, whether over-mothering or needing mothering, cheese has probably been calling out to you. Cheese is made from milk, the essence of maternal nourishment.

What Food To Avoid During Pregnancy?

As tempting as it may seem, it is advised to avoid a few food items.

Large fish contain a high level of mercury which is harmful to infants or young children. It can cause damage to the brain and the nervous system. Pregnant women are strictly advised to avoid the intake of large fish like tuna, shark, swordfish, walleye, marlin and so forth. Canned tuna is said to contain a low level of mercury as compared to the other tuna but can be consumed in the limit.

Eggplant or brinjal is a common food eaten in almost all Indian households. It is considered to be fundamental in treating amenorrhoea and premenstrual disorder. Consequently, on this premise, it is advisable not to consume brinjal amid pregnancy. However, having them in little amounts once in a while should not pose an issue.

3. Unpasteurized milk and its products

Milk should be slightly boiled before consuming as it kills germs and prevents disease-causing microbes which can be harmful to the growth of the baby. Milk is definitely important but it should be pasteurized.

Sesame seeds stimulate the uterine muscle thus causing expulsion of the fertilized ovum. It is advisable to avoid it during the first three to four crucial months of pregnancy. Whereas dry nuts such as almonds, raisins, walnut, groundnut, etc. are safe to consume in moderation.

Pregnant women are generally advised to limit their caffeine intake to less than 200 mg per day, or about 2–3 cups of coffee. Caffeine is absorbed very quickly and passes easily into the placenta and fetus. High caffeine intake during pregnancy has been shown to restrict fetal growth and increase the risk of low birth weight at delivery.

How to overcome these cravings?

Here are a few simple tricks to deal with these ever-demanding cravings.

Breakfast like a king is the way to go! After all, when you start your day with the right kind and amount of nutrition, you have enough fuel and are less likely to feel hungry later on.

Don’t wait to get hungry to eat. Instead, plan small meals throughout the day and you will be less likely to binge on junk food. Ideally, eat 4-6 small meals at regular intervals.

Exercise puts you in a good mood and helps keep your hormones in control. Staying active is the best way to curb those unwanted hunger pangs. It also gives you a positive outlook and prevents emotional eating.

With your hormones at play and your moods in full swing, you might be tempted to reach out for that candy bar. Deal with the temptation by speaking to a close friend.

If you are unable to fight the urge, practice portion control. Take a small plate of chips instead of eating from the bag or break a tiny piece of chocolate and keep away the rest of the bar.

When you plan your meals, make every meal exciting and delicious by experimenting with new recipes and flavors. When you enjoy your food and it completely satiates you, you will feel less hungry after.

How is it linked to gender prediction?

Some people believe that abnormal cravings during pregnancy are caused by the sex of the baby. For example, if a pregnant woman primarily craves sweets or dairy products, it is said that she will have a girl. If a woman craves sour, salty, spicy or protein-rich foods, some people claim that she must be having a boy.

However, there’s no scientific evidence to back up any of these beliefs. Hence, it is just one of the many myths! So, even if you’re craving chocolate cake your entire pregnancy, you could still be having a boy, and even if you are obsessed with lemon juice, you may still be having a girl.

Your choice of food during pregnancy makes a huge impact on your little one, so make sure that you choose healthily.

We hope you enjoyed this article. Please do share your experiences about how you managed to control your cravings during pregnancy and views on ‘food swings’ with us!

More From: Food and Fitness 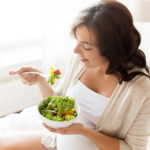 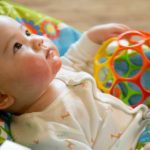